I spent this last week in Canada; Ontario in particular; visiting my friend Janice. I really enjoyed myself because I felt like I was home for the holidays. Not only is Janice a good enough friend that I feel she is part of my family, but I was visiting places where my mother grew up and eating food my mother used to make for the holidays when I was young. We made butter tarts and ate plum pudding at a nice little restaurant.

People in Tucson will find it hard to believe, but I very much enjoyed the snow and cold weather in Ontario. To me, a house with Christmas lights and a warm glow in the window looks more cozy in the snow than in the bright sunshine surrounded by desert.

the free public ice skating rinks in downtown Toronto, too bad every city can't have these! Toronto also has an underground city below the streets that is full of stores and allows people to get around and shop without facing the cold and ice.

I learned about life in the early

nineteenth century when I visited Dundern Castle in Hamilton. Built in the early 1830s over the remains of some War of 1812 structures, it is restored and open to the public as a museum.
Posted by Dyer Lytle at 4:52 PM No comments:

When I was a freshman or sophomore in college, I dreamt of my future as a physicist and what sort of goals I should set for myself. I was interested in exploring the universe having spent many years reading science fiction books so one rather ambitious goal I set for myself was to invent a method for faster-than-light travel. During one of many conversations with some of my friends about this and other topics, one of my friends, probably Walter Kubilius or Marc Valdez, suggested the name "Lytle Drive" for my future space ship propulsion system. I always liked the sound of that! ;-)
Posted by Dyer Lytle at 11:25 AM No comments: 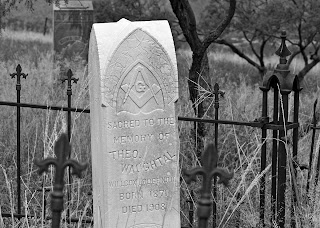 When I was about 12 years old my father helped me start developing and printing some of my own photographs. I had been watching and helping him with black & white printing since an early age but only started taking my own photographs in junior high and high school. I started photographing with my father's cameras, his old Leica rangefinders and later his Pentax single lens reflex camera. Sometime in high school my brother gave me a used Kodak Retina fixed lens camera and I began photographing without supervision. I always enjoyed seeing the image come up in the developer when printing.

In those early days, I photographed things I was interested in, like motocross racing and cave exploring. In college, as an undergraduate, I photographed lots of things, friends, the college campus, road trips, etc. Most of these photos I consider snapshots. In graduate school I finally had enough money to buy my first single lens reflex 35mm camera, a Nikon FM with a 50mm lens. I took a few photographs of lightning at night with that camera mounted on a tripod and was pleased with the results. I later sold the Nikon to a friend because of financial problems. During this time I mostly shot color slide film and color print film and very little black and white.

It wasn't until I had joined the workforce for a few years and had begun going on hiking expeditions and doing some rock climbing that I realized that the photos I was taking with my little camera weren't doing justice to the grand vistas I was seeing in places like Yosemite and the Grand Canyon. Around 1987 or so, I saw the images of one of my co-workers hanging in the lobby of the building we worked in. These were large, framed, hand printed, black and white photographs that really captured the feeling of the mountains where they were taken. That was when I decided that I needed to learn to do this sort of photography so my travel pictures would really communicate the emotions I was experiencing when standing in some of the grand places I was visiting. Thus began my journey and education as a photographer and I still derive great pleasure from photographic trips as well as processing the results and making web pages and prints.

In part 2, I'll discuss what I've been doing photographically for the last 20 years.
Posted by Dyer Lytle at 8:45 PM No comments:

This is my first blog. I'm sure lots of blogs start like this! I'm using this as an open journal to save my thoughts and share them with others. It is also an experiment in psychology, my personal psychology. How will keeping a blog effect the way I think about the world, how I set goals, and how I communicate?

This blog will be about science, photography, gadgets, myself, and a little politics, both local and global, thrown in for good measure. This first blog entry is being entered on my iPod touch, which I think of as both a micro-laptop and a lot of fun!
Posted by Dyer Lytle at 10:56 AM 1 comment:

Dyer Lytle
I am a software engineer for the Lunar and Planetary Laboratory at the University of Arizona in Tucson. Currently, I work with the team operating the Visual and Infrared Mapping Spectrometer (VIMS) on the Cassini Spacecraft which is in orbit around the planet Saturn.